“SIGNS”  A Miracle:   See description below… 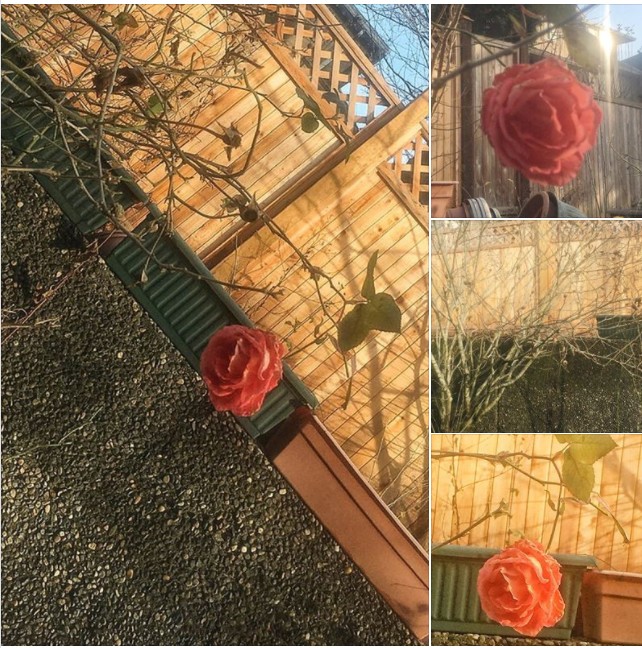 Amidst a deep soul searching conversation, I took a moment today to put out the puppy in my back yard and there in front of me on November 22nd on a white rose rose bush fully dormant for winter – there before me is a perfectly formed fully grown salmon colored rose. It wasn’t there when I put the dog out three hours earlier!

For reasons too complex to discuss, it translated into a direct message of deep meanings for me from “the beyond “.

Thus, my soul sister Sharon and I are airing an exploration of prophetic signs this Monday at 10am pacific on News for the Soul Radio.

That’s who I was on the phone with at the time.

And the two of us have witnessed together many “signs” – happenings that were technically impossible… many times. We will talk about those things on the air for the first time ever. We may even open lines to hear your stories of experiences with the impossible and prophetic signs.  DIAL IN  (646) 595 4274 … EMAIL IN:::  ontheair@telus.net

Another update to the strange Miracle Rose saga… after much deliberation over whether to leave the rose on the dead tree or bring it inside hoping to preserve it longer, I opted for the latter. Within minutes of bringing it inside, it began decaying at an exponential rate! 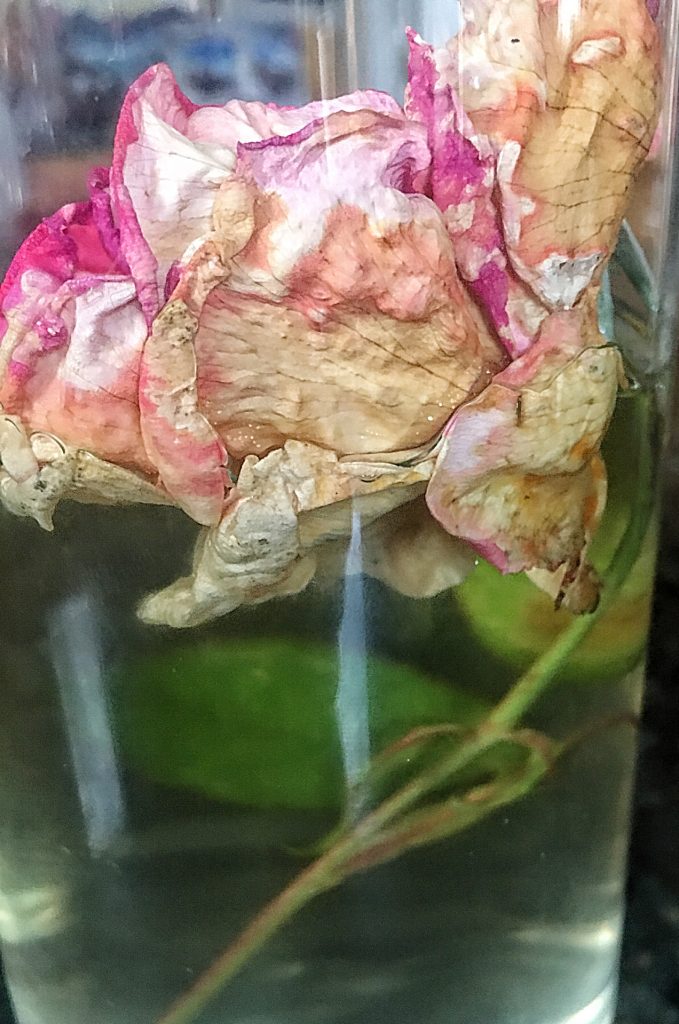 Watch for the WTF logo for upcoming features with leaders and luminaries with a powerful message of empowerment and unity, amplifying the focus of the conscious collective to create a stable, peaceful, powerful, exciting future. We’ll not only be ‘talking about’ WTF, but taking action steps and experiences together to move forward in the moment.…. and MUCH much more…

CLICK HERE TO HEAR ALL THE WTFs SO FAR –>>

More News (for the Soul):

OP ED: I do not think New York ‘is garbage’. 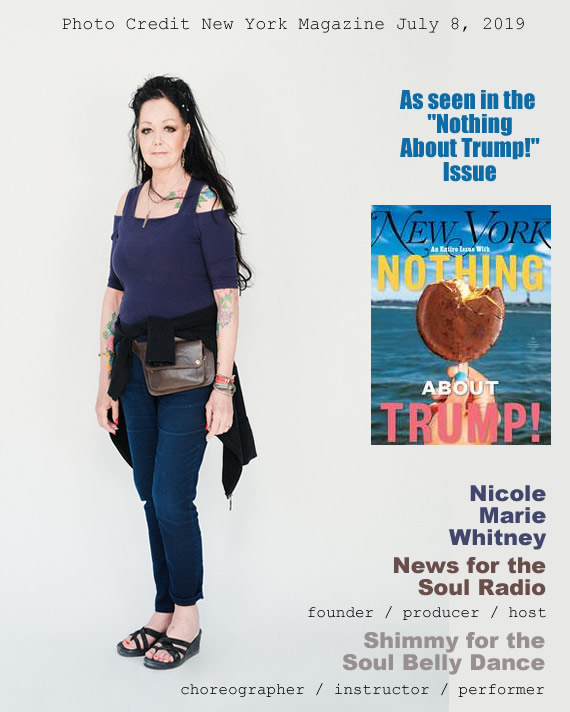 By Nicole Marie Whitney, News for the Soul …

Perfect, seeing as what I have to say was regarding the 11 minute and 11 second

interview I did with New York Magazine about my recent trip to NYC by way of Egypt,

originating out of Vancouver BC Canada.

printed the ONE negative observation I mentioned about my entire NYC Experience.

So this is my formal apology to New York City, and my clarification is as follows.

That was true (not Mount Everest LITERALLY!) but every night, New York

piles out “mountains” of garbage along the narrow concrete walkways and

streets in front of each door of the local businesses, offices, eateries and so

on throughout the downtown core. (or the entire city?) That’s a LOT of

garbage. All in bags strewn about – no cans or bins. Interestingly, I didn’t

see any of the world famous New York rats, but I now understand fully

why they are there.

birthday June 2nd. Thus, MOUNT GARBAGE was the first thing I saw and,

yes, it was shocking. So that was my first impression of NYC as the

magazine says. But I went on!

on June 26th, 2019, we covered a plethora of positive points, pontificating

apple. From joining a live taping of the Stephen Colbert show, of which I

am a HUGE fan, to the live NBC tour during which participants film their

afterwards), and sitting in row TWO (2!!) at a Broadway play featuring

the one and only Nathan Lane – it was a jam packed, hair blowin’ in the

a mere few days in NYC!

I shopped til I dropped, trekked across the Brooklyn bridge and even

endured a brief but memorable NYC subway experience which actually

ended up meeting stereotypical expectations. “It’s all about the experience”,

I reminded myself. We had lots of those whilst in Egypt as well,

but that’s another story.

Nonetheless, nothing but the garbage comment made it into print.

So I just want to clarify that I do not think New York ‘is garbage’.

My “Big Apple” experience has been filed under ‘awesome’ and cc’d to my ‘likely to do again’ file.

SHIMMY FOR THE SOUL BELLY DANCE

Dr Holly’s Gardening:  Grow Your Own Mushrooms
Dr Holly’s Latest Data on Covid Vaccines April 14, 2021
High School Senior Invents Color-Changing Sutures That Detect Infection
ATV Riders Rescue Dog From Cliff In Utah
Toddler Missing In Ontario Forest For Over 3 Days Is Found Alive And Well
Man’s Dream Reveals Missing Child’s Location, Leads Rescue Team Straight To Her
Woman Who Can’t Swim Rescues Elderly Man Who Fell Into Harbor
Woman Discovers Her Son’s Bride Is Her Long Lost Daughter
9-Year-Old Girl’s Small Act Of Kindness Snowballs Into Major Volunteer Project
Fifth-Grader Creates ‘Kindness Closet’ For Students In Need
Gardening Notes for Dr Holly’s Radio Show on NFTS April 8, 2021
Do you KNOW What is in the Vaccines??
Worldwide questions?  by Dr Holly heard Wednesdays on News for the Soul
Where to look? Who to believe? What to believe?
Dr Holly’s Grow Your Own Food Article Dec 2, 2020
Covid  and The Elections  – is there a parallel? Part 2. by Dr Holly
Grow Your Own Food with Dr Holly – Nov 18, 2020- Sprouting seeds for the winter!
Theories & Solutions for Living With The Current Changes