SOURCE:  News for the Soul

A comedic ‘Spaghetti Western style’ rendition of the Shakespearean classic The Taming of the Shrew hit the Bard on the Beach main stage for its official Opening Night on June 16th, 2019, to an appreciative and well entertained full house.

For the first few moments, I was under the impression we weren’t going to have to adjust our minds to two and a half hours of Shakespearean-speak, as the brief intro was delivered via a modern day vocabulary.  But right about the time I leaned over to the person next to me to whisper “this is different”, the Bard speak sprung into full gear …and so did the fun.

Directed by Lois Anderson and inspired by Miles Potter,  this Bard on the Beach production was stellar.

Alas, as great as it was, I was getting ready to burn my bra nearing the two hour mark.  However the Bard creativity saved the day with a fun unexpected twist which I shall not unveil here.  You’ll have to see it for yourself. 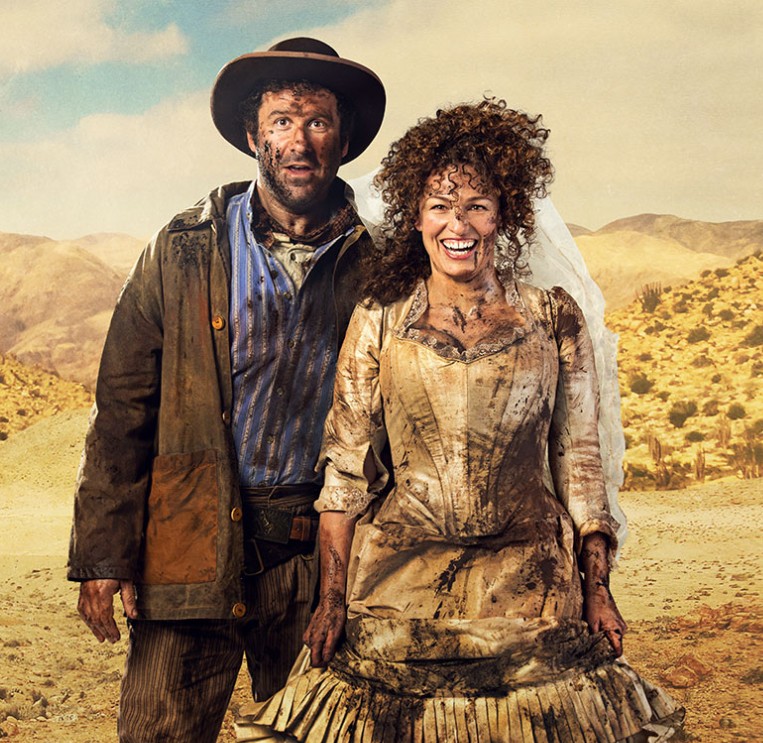 Here’s the story according to the Bard on the Beach website:

The 2007 ‘spaghetti western’ version of The Taming of the Shrew – one of Bard’s most beloved productions – is the inspiration behind this hilarious Wild-West love story, where two fierce kindred spirits finally meet their match in each other.  Petruchio, the sharpest-shooting cowboy in the West meets Kate, the prickliest gal in Padua, and their throw-down contest of wills and wits will leave you laughing out loud as they bicker and battle their way towards a splendid, healing love.”

NEW IN TOWN
It’s the 1870s in the American West. Lucentio, a young gentleman from Pisa, arrives in Padua City to attend university. He loses interest in his studies when he sees Bianca, the daughter of Baptista Minola, one of the wealthiest women in Padua City. Petruchio has also just arrived in town and intends “to wive it wealthily in Padua.”

RULES OF ENGAGEMENT
Lucentio isn’t the only man interested in the sweet and beautiful Bianca. Both Gremio and Hortensio are official suitors. There’s just one catch: no one can court Bianca until Baptista’s older daughter Katherine (Kate) is married! Unfortunately for the suitors, Kate is renowned as the town “shrew.” She’s infamous for her rude manners and talent for destruction, and no one wants to marry her. Overhearing that Bianca needs a tutor, Lucentio and his servant Tranio switch places; Tranio poses as Lucentio while Lucentio disguises himself as a tutor in order to get into the Minola household and woo Bianca.

THE GAME
Petruchio learns of Kate’s large dowry and resolves to marry her. He is intrigued by her forbidding reputation. When they meet, they immediately go head-to-head in a battle of wits and are evenly matched. Petruchio tells everyone that he and Kate are in love, and a wedding is arranged for Sunday. Petruchio arrives late for the wedding and behaves outrageously. After the ceremony, he whisks Kate away to his property in the desert, where she finds a gang of outsiders and a whole lot of dirt! Kate and Petruchio continue to rail at each other, until they begin to reach an understanding, finally joining forces as a pair of gamesters. They run into Lucentio’s father, who has come to see how his son’s studies are going in Padua City.

THE WINNING HAND
Meanwhile, the disguised Lucentio wins Bianca’s heart and the two elope. The marriage is discovered, and their respective families are forced to come to an agreement. Petruchio and Kate return home to celebrate the newlyweds, and everyone is shocked by Kate’s transformation into an obedient wife. But with a few tricks up her sleeves, Kate is determined to shake things up in Padua City.

The Taming of the Shrew runs on the Bard on the Beach main stage until September 21st 2019.

You can find out more and book your tickets online at the Bard on the Beach website here: 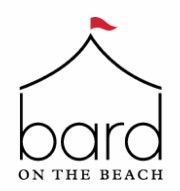