An Amazon delivery driver is being praised for her actions that led to the rescue of three puppies in North Central Florida. 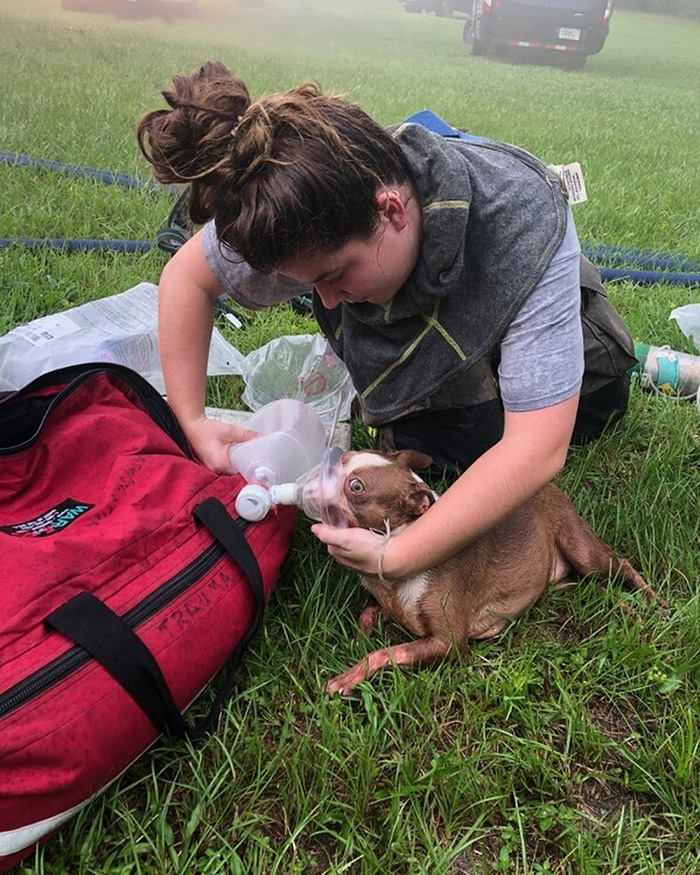 On August 30, an unidentified delivery driver for Amazon saw smoke rising from a home and called 911.

Although there were no people in the home at the time, three Boston terrier dogs were present – and thanks to her quick thinking they were all saved.

“During a structure fire yesterday, 3 puppies were saved and revived from smoke inhalation,” the Columbia County Fire Rescue said in a Facebook post. “Thank you to the Amazon driver who noticed the smoke and called 911. Since the homeowner was not at home at the time, she saved the home and the puppies lives!” 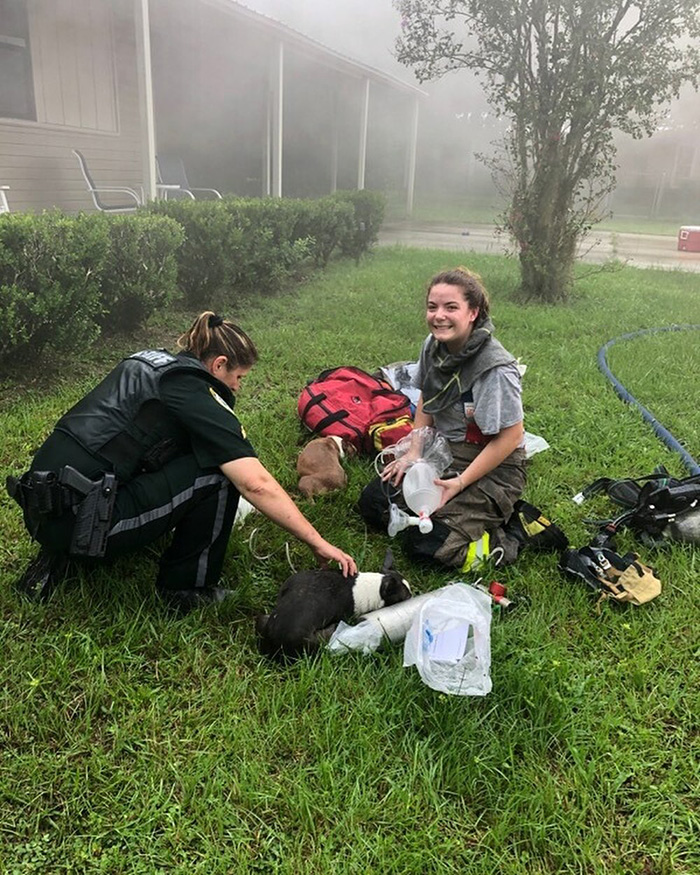 The fire department posted photos of the dogs as they were being treated for smoke inhalation by first responders.

Lisa Ann Dunn, the mother of the dogs’ owner, said the dogs are doing well.

“Many thanks and appreciation!!! Those are my daughter’s dogs that we love very much. They are doing well this morning but still in the hospital. Thank you will never be enough!” she wrote in the post’s comments section.

The cause of the fire is unknown.