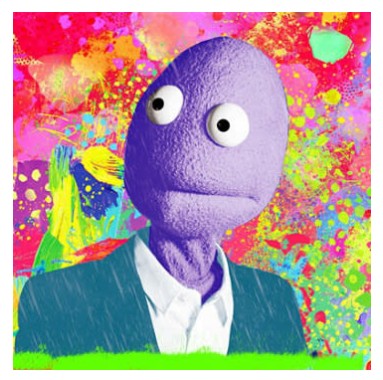 TODAY:   RANDY FELTFACE, as seen recently on Bring The Funny

He’s recently sober, an ex smoker, vegan, noteably existential – at least as far as puppets go … and funny as hell.

Randy Feltface has spent fifteen years carving out a unique niche on the international comedy circuit. He was nominated for best comedy at the Edinburgh Fringe Festival, played an eight week off-broadway season in New York City, featured several times at the Montreal Just For Laughs Festival and his special Randy Writes a Novel is a pirated Youtube sensation. He penned and starred in his own ABC scripted comedy Ricketts Lane alongside his skinny comedy husband Sammy J, a role that earned him an AACTA award nomination for best comedy performance. His occasional guest appearances on light-entertainment television programs in his native Australia have earned him much respect and an average income and he most recently infiltrated American television as a contestant on NBC’s Bring The Funny. His live show is a high energy existential crisis full of the kind of amusing anecdotes and biting observations that have earned him the title of World’s Most Entertaining Non-Human Comedian.

If you aren’t familiar with Randy Feltface, he’s been working his purple butt off in the show biz scene for many years in his home country of Australia with a short run TV series, four full comedy specials, a plethora of hosting gigs at major Oxfam galas and a plethora of media appearances over the years. Most recently North Americans may have had a brief peek or two at Randy when he appeared on the 1st round of TVs Bring the Funny reality comedy competition in the U.S.   While his presence on that show was far too short lived, Randy’s back and has recently launched a North American live show tour which is will go cross country in the U.S. and will even include the NFTS home town of Vancouver BC Canada on Feb 20th ! So who is Randy? He’s recently sober, an ex smoker, vegan, noteably existential – at least as far as puppets go … and funny as hell. Lot’s to unpack in todays hard hitting premiere puppet interview.   Tune in LIVE at Noon Pacific http://www.newsforthesoul.com/shows-page/listen-live-2/ 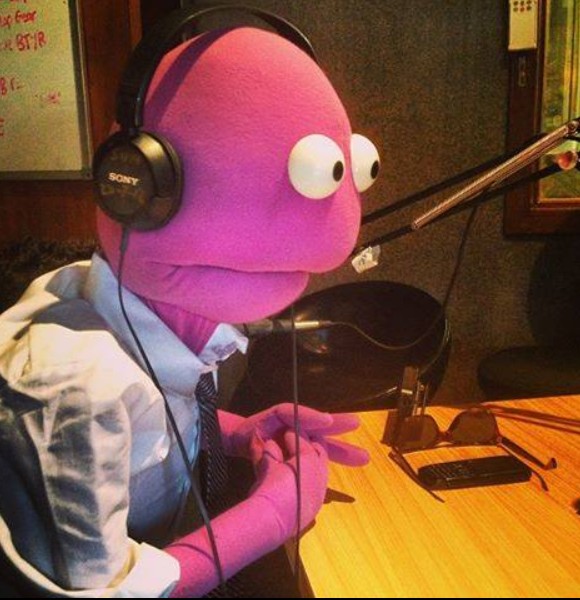 Randy has been performing his unique brand of stand-up comedy since 2005 and depending on who you ask, his debut solo show was a highly revered runaway-cult-hit. He followed that up with the critically acclaimed Randy is Sober in 2011, got all introspective and shit with The Last Temptation of Randy in 2013, and solidified his world class reputation with Randy Writes A Novel in 2015. He’s won awards, featured as a panellist on Australian TV shows Good News Week, Spicks & Specks and The Chaser’s Media Circus, performed from Edinburgh to Hong Kong, Galway to South Africa, Montreal to Melbourne and most places in between. In 2010 Randy joined forces with skinny man Sammy J to create Ricketts Lane, a live sitcom, which won the Barry Award for Best Show at the Melbourne International Comedy Festival and went on to become a six part sitcom, Sammy J & Randy in Ricketts Lane, airing on ABC in Australia, Seeso in North America and Netflix UK. Sammy J & Randy have also performed a couple of times at the Just for Laughs festival in Montreal and Sydney, hosted the 2012 Melbourne International Comedy Festival OXFAM Gala, whored themselves on every possible panel, comedy and vacuous chat show on Australian television, written and toured live shows such as Bin Night, The Inheritance, and An Evening with Sammy J & Randy, released an album and a couple of DVDs, won some awards and got nominated for a bunch of others and still found time to play squash every second Thursday in Montmorency. 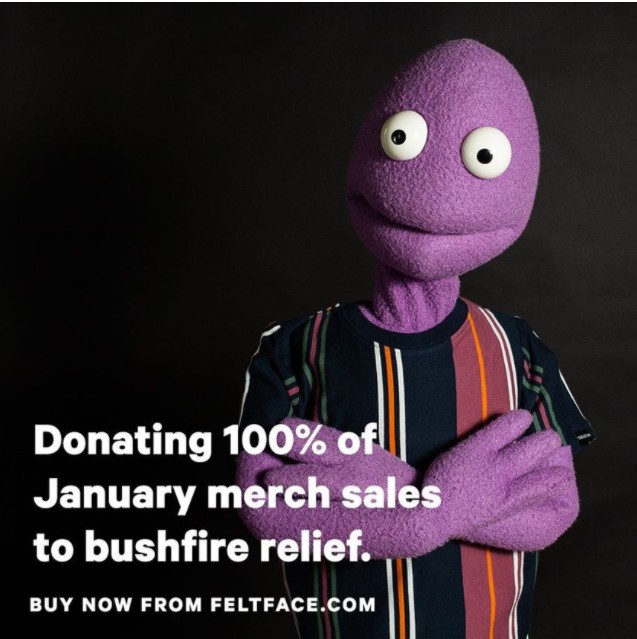