Nicole Marie Whitney’s life mission is to be a spirit driven broadcaster for the purpose of inspiring, motivating and empowering a world wide audience through writing, teaching, radio and beyond, assisting people in all walks of life to live their purpose from their own true power and potential, making our world a better place to live and grow.

Nicole does this by discovering new ideas and ways of being and spreading the word; by interviewing global thought leaders and new innovators and broadcasting this information freely worldwide 24/7.  Her vision is and has always been to bring live coverage of  amazing events and people world wide to the NFTS platform – accessible for free 24 hours a day around the world  for years to come…

The path to this moment was challenging and unique.

The story is below. 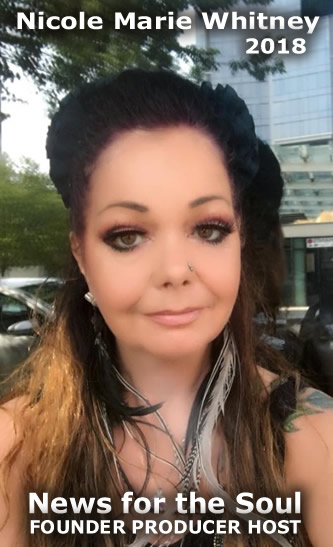 NICOLE MARIE WHITNEY, NEWS FOR THE SOUL FOUNDER, PRODUCER & HEAD HOSTESS – Nicole Marie Whitney is the only Spirit Driven Broadcaster who uses her own innovation at overcoming adversity to inspire, motivate, educate and connect people in all walks of life around the world who want to step into their full power, purpose and potential in a world inundated with negativity, limitation, overwhelm, anxiety and fear in the mainstream news.

Besides creating News for the Soul, Nicole Marie Whitney is also a bestselling author, having been published in Chicken Soup for the Working Moms Soul (Boardroom Babies) and, in 2016, co-authored The Prosperity Factor with Joe Vital (The Secret) and several other powerful prosperity contributors.

A DIFFICULT START AND A CHALLENGING LIFE:

Nicole was abandoned at birth, physically emotionally and mentally abused throughout childhood, homeless by 15.  For about ten years she lived with an adoptive family on military bases and moved every two years until she was forced to set out on her own at the age of 15.  She continued the unstable path for another decade and a half, trying any job from teaching guitar and ballroom dance to being an aircraft dispatcher in northern Manitoba.   After a plethora of sales and admin jobs, Nicole landed smack dab in the middle of The Province Newspaper as a high profile news reporter during Expo 86 in Vancouver BC Canada.  This one story is a book unto itself.  Meanwhile her challenges continued and she wound up on ‘permanent disability’ due to having three incurable diseases by the ago of 30, raising 2 young children alone with no family, no money, no resources, no hope….

And then something … interesting …. happened.

THE SHORT VERSION OF THE STORY:

“A voice spoke to me in my living room. It told me to build a positive news newspaper.

I was really freaked out that a voice was talking to me and that itwas telling me to do something that was a terrible idea.  It had picked the wrong person.  It was a great idea in concept but I was not the one to do it as I was ill, and had no money, resources or skills to do anything like that.  But… long story short, I did it anyway.

After several interesting challenges I actually took my entire $300 disability cheque – the food money for the month for my children and I – and printed my first small news paper originally called Know News which was later changed to Phoenix News and eventually News for the Soul.”

Thus began an epic journey that led away from challenge, lack, disease and fear to discover a spirit driven heart centered empowering world in which miracles were possible.  Even normal.

Today, Nicoles’  original 3 incurable diseases are cured, and her life is an epic adventure with an array of experiences and accomplishments including:

Co-Hosting News for the Radio for the first 2 years of the NFTS transition into terrestrial radio with Dannion Brinkley, well known NDE Experiencer and author of “Saved by the Light”

Training for over a decade at both basic and advanced remote viewing training with former CIA Remote Viewer David Morehouse including appearing in an episode of Proof Positive at Universal Studios where producers and the LAPD successfully put Remote Viewing to the test.  And Nicole remains an active advanced remote viewer today.

Teaching, Performing and Producing a 1 Hour show for her own Bellydance Troupe called Shimmy for the Soul ( www.ShimmyfortheSoul.com ) which performs at large night markets and festivals through out BC Canada

Creating the One & Only Spoonbending Kit, teaching people world wide how to ‘bend metal with the power of their mind easily, quickly and….for real!”

And January 2019 marks the start of News for the Soul’s 22nd year in broadcasting!

“Nicole’s energy, commitment and honesty are stellar. If you are looking for a wonderful guide on your journey, check out Nicole’s “Epic Life” program.”  ~ Hayhouse Author Suze Casey, suzecasey.com

WHY SHE DOES WHAT SHE DOES:

After decades of enduring extreme challenges, Nicole wants you to know too, that you are not alone. She’d been abandoned at birth, had two incredibly abusive adoptive parents for over 13 years who spontaneously beat her as a small child in the middle of the night, until finally hitting the streets when she was 15 years old. Her heightened senses and interactive experiences of ‘unusual events’ wove through the fabric of her healing and journey. Thanks to her own work and the work of people like those on News for the Soul Radio, Nicole has cured her diseases, healed her Soul and wants you to know that anything is really, truly possible.

“Nicole’s heartfelt global purpose inspired me to visualize the epic vision of my own life.” Colleen Hierath, Speak, Author, www.colleenhierath.com

News for the Soul’s goal is to help listener’s like you understand the true potential of your life and what you are really capable of.

“We hear people say ‘anything is possible’ all of the time.  Now it is time to KNOW it.” ~ Nicole Marie Whitney, News for the Soul Radio

“Nicole is an insightful woman with a message for the world.  She inspires us to reach for our dreams and re-discover our childlike vision of what life could be!” ~ Spencer McDonald, Thinking Driver,  www.thinkingdriver.com

“The world will be a better place with more people like Nicole.  She shares where she started and there are millions of people like that who could absolutely benefit from her guidance.  I highly recommend working with her.”  Julie Senger-Orser,  dynamichousedesign.ca

When not on the air, the adventure continues… 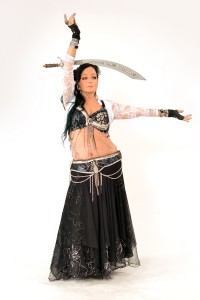 Shimmy for the Soul Bellydance:

Nicole teaches bellydance four nights a week and choreographs a 45 minute show for her troupe ‘Shimmy for the Soul’ which performs at many local festivals and Night Markets annually May through October.    You can see the latest about SHIMMY FOR THE SOUL on Nicole’s youtube channel – www.YouTube.com/soulnews or at the Shimmy for the Soul website at www.ShimmyfortheSoul.com

REPORTING FROM THE LEADING EDGE OF HUMANITY’S CONSCIOUSNESS EVOLUTION SINCE JANUARY 1997 … NFTS is home to the largest totally free life changing media library in the world. We are syndicated on the AIR, on the WEB … and beyond! DID YOU KNOW: News for the Soul is home to the largest and best totally free life changing audio resource on the world wide web since January 1997… … because what you focus on expands …

NEWS FOR THE SOUL’S EXPONENTIAL GLOBAL SYNDICATION CONTINUES: News for the Soul is now available with one click on mobile phones and iPads all over the world, SONOS systems, in-car dashboards and more!  Simply download free apps like Stitcher or Downcast and type News for the Soul in the search bar.  You can also subscribe to us via iTunes or our RSS feed.  And our online archives are here for you to access for free 24/7 as always.

NFTS founder, producer & host Nicole Whitney has been dubbed ‘the Oprah of the Internet‘ by NFTS listeners.