A UPS driver in Iowa is being hailed as a hero by the owners of the two dogs he saved from drowning in a swimming pool. 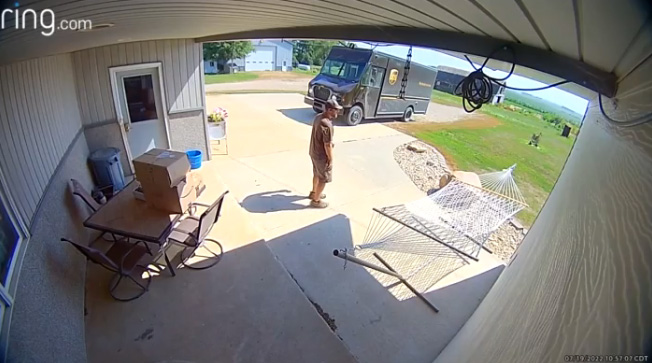 UPS driver Colin Mitchell dropped off a package at the home of Jeff and Rebecca Marra. As he walked back to his truck he noticed two dogs swimming in a pool without their owners anywhere in sight. It didn’t feel right.

He knocked on the door and got no response.

“I knocked a little louder, rang the doorbell… nothing. And then I just decided it was best to investigate,” Mitchell told the local news station.

As he got closer he saw one dog hanging on the side of the pool while the other was trying to float on the solar cover. He ran to the pool and removed his socks and shoes to try to save them. 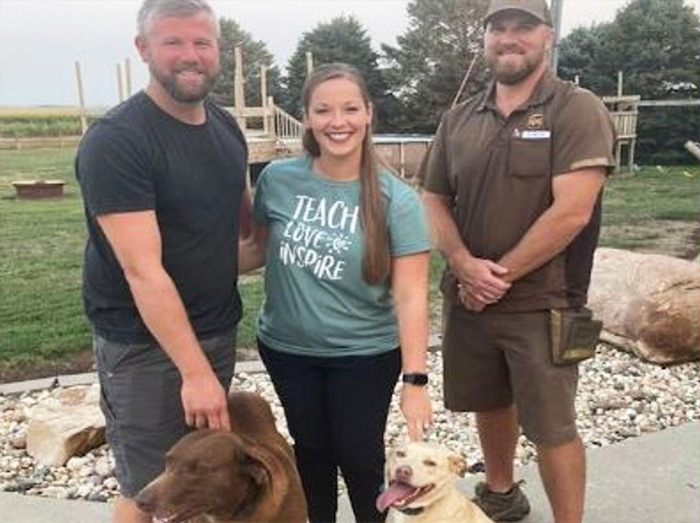 Mitchell with the Marras / Credit: KMEG

Once both the dogs were out of the pool and back in the yard, Mitchell gave a sigh of relief and continued his route for the day.

The next day he stopped by to check on the dogs.

The Marras were shocked and thankful.

“If it weren’t for him we wouldn’t have dogs, there’s no question about it,” Jeff Marra told Siouxland News.

“I would say that he is a hero,” Rebecca added.

The Marras said the gate to the pool is usually locked, but on that day the dogs somehow managed to get in.