A missing 4-year-old girl was found sitting under a tree with her puppy after spending the night alone in the Australian desert. 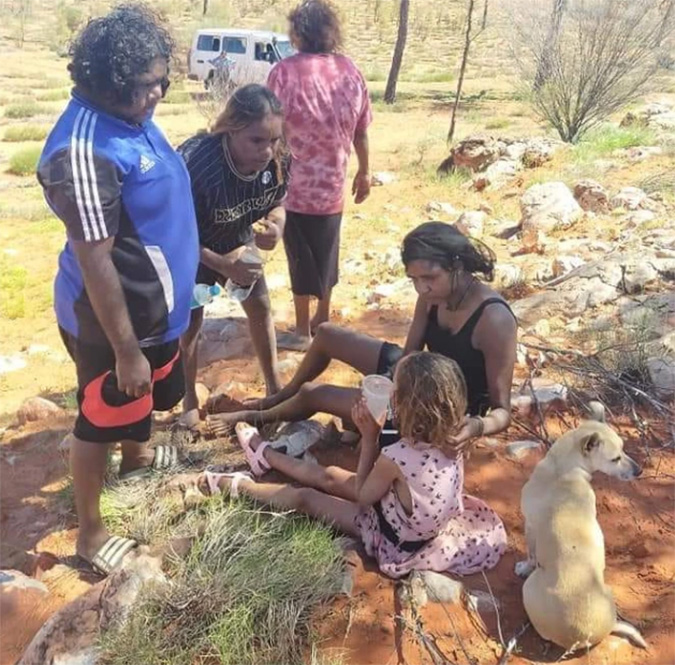 On Friday, Molly, who has autism and is hearing impaired, disappeared from a remote Northern Territory outstation.

Local police set out on foot, enlisted a helicopter, drones and police dogs. The search party swelled to “between 50 and 70 people” searching for Molly amid searing desert heat.

“There was a tracker from the community that was out [on Friday night]. He came across a small bicycle that was on the side of the sand dunes and tried to follow the tracks, but unfortunately the four-year-old girl, little Molly, walked over on rocks,” said Miss Kenny, a Titjikala community resident and family member.

“He said, ‘She’s somewhere out there, I can’t find her, the track is gone. I’ll do it again tomorrow’.”

They had no luck finding Molly — then a community member’s mysterious dream provided the answer.

“A young man had a dream [which] showed him where she was, and he led us straight to her,” Kenny told ABC.

She said the young man had planned to go to Alice Springs but stayed to help search after his dream.

He led the rescue team straight to Molly who was found sitting on a small hill on the edge of the rugged Simpson Desert.

She had walked about 5 miles from where she was last seen by family on Friday.