An Amazon delivery driver in Woburn, Massachusetts, is being hailed as a hero by a family whose dog was drowning in a pool while they were not home.

John Cassabria, 24, says he was making his rounds when he suddenly took a wrong turn. He stopped his van to reroute his GPS tracker when he heard a strange noise.

“I’ve never heard anything like that in my life,” he told CNN. “I actually heard it over the reversing beep of my van.”

Cassabria followed the noise, which led him to a fence surrounding a house. There, he spotted the source of the odd sound: a dog stuck in a pool, crying for help.

The 14-year-old husky named Luka had been treading water for an unknown amount of time.

Cassabria hopped the fence and rushed to the dog whose head was barely sticking out of the water.

“I dove into the pool with my shoes, wallet, car keys — the whole nine,” he said. “And I swam with him in my arms the best I could hold him from the midway point of the pool to the shallow end and hoisted him and myself out of the pool.” 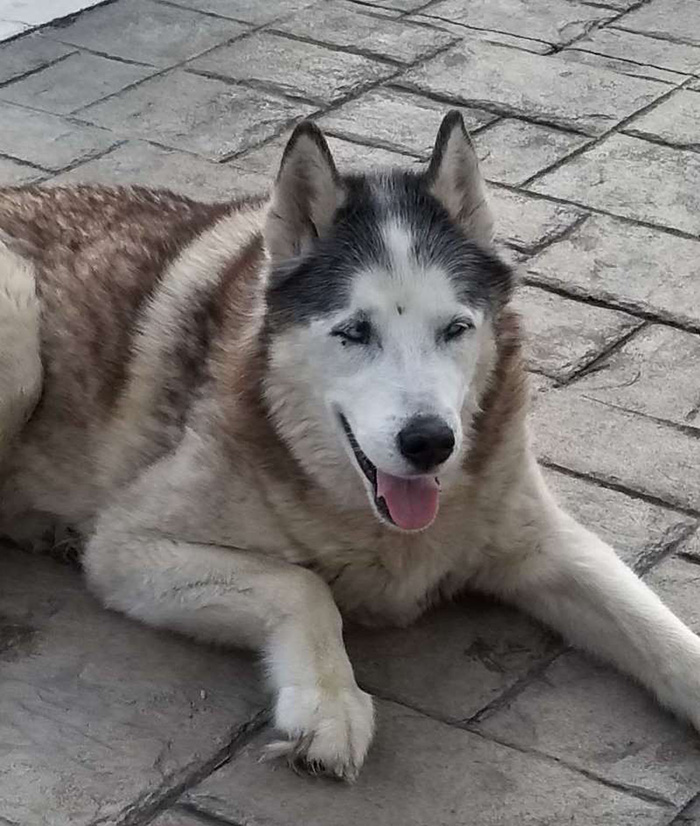 “After he was out of the pool, he was very shook up, very scared,” Cassabria said. “He didn’t want me to leave his side. Every time I would go to get up, he would hit me with his paw or nudge me — so I stayed with him the entire time.”

Cassabria called the Woburn Police Department and waited with Luka for over an hour until an animal control officer arrived.

The officer turned out to be a neighbor of the homeowners and phoned them to fill them in on the rescue.

Caldwell said she arranged for a neighbor to look after her dog, but in the time between her departure and the arrival of the neighbor, her dog had escaped her yard and jumped into a nearby pool.

“We have a doggy door and he’s used that doggy door for 15 summers,” said Caldwell. “He goes outside, goes right to the bathroom, and normally goes back in and stays in the air conditioned house.”

When Caldwell finally got on the phone with Cassabria, she said she “thanked him up and down” and even wrote an email to Amazon.

“I can’t thank him enough,” Caldwell wrote in the email, a copy of which an Amazon spokesperson shared with CNN. “Words cannot express how grateful we are to him. In fact, I have tears in my eyes as I write this email. Luka is doing fine thanks to your wonderful and courageous employee.”

Dr Holly’s Gardening:  Grow Your Own Mushrooms
Dr Holly’s Latest Data on Covid Vaccines April 14, 2021
High School Senior Invents Color-Changing Sutures That Detect Infection
ATV Riders Rescue Dog From Cliff In Utah
Toddler Missing In Ontario Forest For Over 3 Days Is Found Alive And Well
Man’s Dream Reveals Missing Child’s Location, Leads Rescue Team Straight To Her
Woman Who Can’t Swim Rescues Elderly Man Who Fell Into Harbor
Woman Discovers Her Son’s Bride Is Her Long Lost Daughter
9-Year-Old Girl’s Small Act Of Kindness Snowballs Into Major Volunteer Project
Fifth-Grader Creates ‘Kindness Closet’ For Students In Need
Gardening Notes for Dr Holly’s Radio Show on NFTS April 8, 2021
Do you KNOW What is in the Vaccines??
Worldwide questions?  by Dr Holly heard Wednesdays on News for the Soul
Where to look? Who to believe? What to believe?
Dr Holly’s Grow Your Own Food Article Dec 2, 2020
Covid  and The Elections  – is there a parallel? Part 2. by Dr Holly
Grow Your Own Food with Dr Holly – Nov 18, 2020- Sprouting seeds for the winter!
Theories & Solutions for Living With The Current Changes