Dog Credited With Saving Family As Fire Swept Through Home

Dog Credited With Saving Family As Fire Swept Through Home

Derek Walker, his wife Maria and their two children, ages 12 and 9, were asleep when their dog, Ralph, began to bark around 2:30 am.

“He was in his kennel inside the house and we heard him barking,” Walker told Al.com. “He usually doesn’t make a sound at night. And it was a different kind of bark.”

Walker got up to investigate and heard noise coming from the kitchen. As he headed that way, he saw flames outside the kitchen window.

“I just started screaming ‘fire’ to get everybody up,” he said. “My wife got up and she got our daughter and got her out.”

Their son’s bedroom is on the lowest level of the split-level home. Maria went down next to get their son.

“She said his room was full of smoke. He was still asleep,” Walker said. “The fire was right outside his wall. He wasn’t awake because he sleeps covered with is blanket.”

They were able to get him outside as well as the dog. 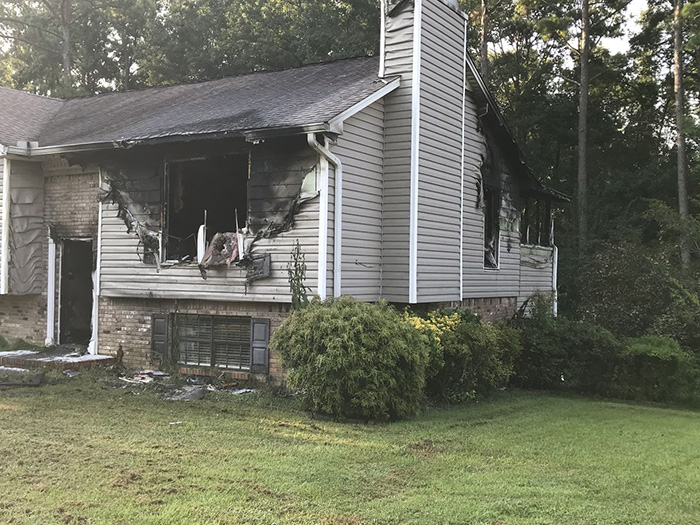 Walker said the smoke alarms didn’t sound until the house was filled with smoke.

“There was so much smoke I don’t know if we would have made it out,” he said.

The family rents the home in Birmingham, AL, which appears to be a total loss. Most of their belongings perished inside.

Authorities believe the fire started on the grill and quickly spread to the home.