A pregnant woman went into labor on a flight to Hawaii.

Luckily, there were three neonatal intensive care nurses and a doctor onboard. 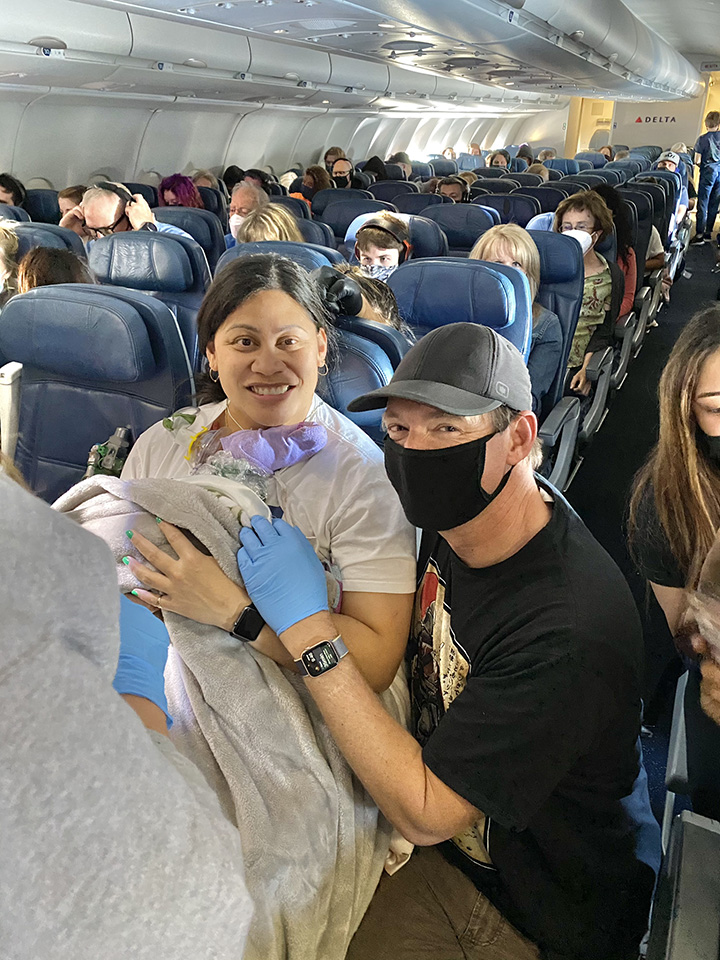 Lavinia “Lavi” Mounga of Orem, Utah, was traveling from Salt Lake City to Hawaii on April 28 for a family vacation when she gave birth to her son, Raymond, at just 29 weeks gestation.

Mounga said she had no idea she was even pregnant.

She said she felt the “weirdest pain” so she went to the bathroom and passed out, only to wake up to see a baby in her arms. 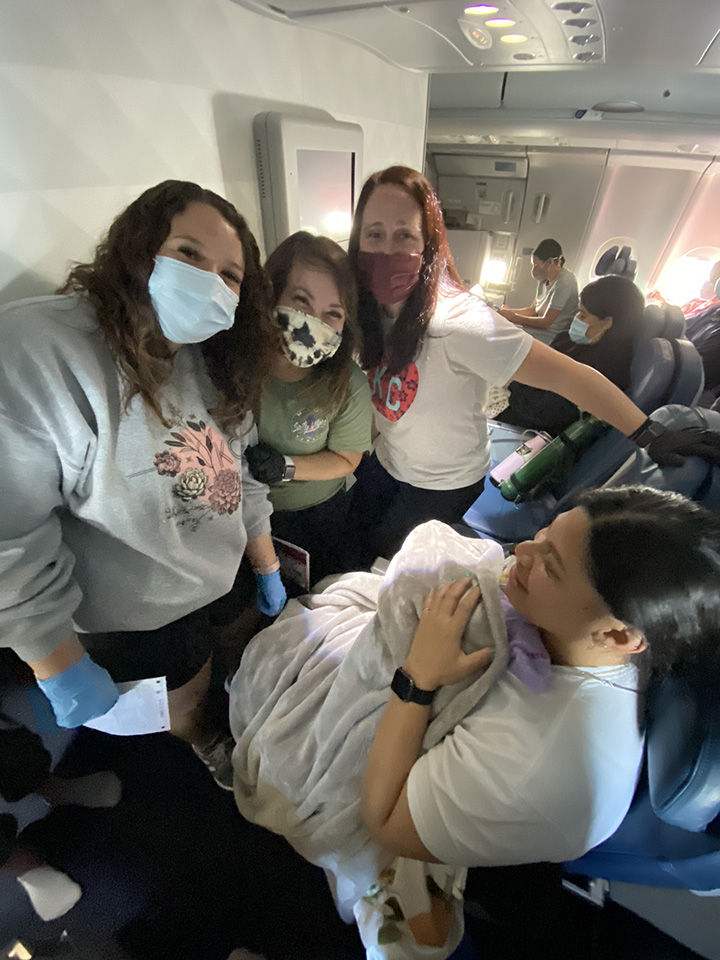 “About halfway through the flight, there was an emergency call, and I’ve experienced this before and usually they’re pretty clear asking if there is a doctor on board,” Glenn said in a Hawaii Pacific Health press release. “This call was not like this and it was fairly urgent.”

With no special equipment for the preemie, the group had to get creative. They used shoelaces to cut and tie the umbilical cord and used a smartwatch to measure the baby’s heart rate.

Medical crews were waiting at the airport in Honolulu to help get the mom and baby to Kapiolani Medical Center for Women & Children.

The three nurses from the flight were able to visit Mounga and the baby on Friday and said it was an emotional reunion.

“We all just teared up. She called us family and said we’re all his aunties, and it was so great to see them,” Ho said.

“I didn’t have to do it alone and I had so much support and everyone was just so willing to offer up everything that they had,” Mounga said. “So much kindness in the world still, even with all the craziness that’s going on.”

Watch the video below.

Glowing UFO disc spotted in Bangkok, eyewitness says alleged alien ship flew higher than clouds
Convoy organizer Tamara Lich to receive George Jonas Freedom Award
Important nutrients for the body to function effectively
Mysterious UFO spotted by man who claims he saw ‘light show like you wouldn’t believe’
Rescue of little girl from well called ‘Easter Miracle’
What are the benefits of selenium (Dr Holly on NFTS)
Black Holes Are Proof We’re Living in a Holographic Universe
Everything You See Is From 15 Seconds in the Past, New Research Claims
TRUCKERS WERE RIGHT: Freedom Convoy protest was legal, judge says, and Ottawa is now being sued
‘We’re closing in on them’ says UFO expert on Pentagon findings
Family Shares Harrowing, Heartwarming Story After Delivering Son on Side of Road
‘Doing My Duty’: Rajasthan Cop Hailed For Rescuing Child During Karauli Violence
UFO captured on video by doorbell camera
Arizona Has the Sixth-Most UFO Sightings in the U.S., a New Study Says
Mysterious bright orbs and white lights spotted in sky above Cambridgeshire last year
UFO Sighting: US Warship Stalked By Two Car-Size “Balls of Light
Freedom Convoy supporters and Canadian Citizens Relying on LIVE FEEDS over MSM